Council tax is clearly an issue which makes it a hot potato in government and the HMRC, perhaps never more so than now. Despite Margaret Thatcher’s efforts to reform Council Tax (through the much maligned Poll Tax) to create a more explicit and equitable payment mechanism for local services, the introduction of the tax was so badly handled that popular opinion rejected it out of hand.

We now face a situation where council tax is being applied to single rooms in Houses of Multiple Occupation. Thus we now face the iniquitous situation where a three bedroom terrace house could house five adults who are living as one household. Two doors down, there is an identical house which houses five people who happen not to be related, and have their own bedroom. They still share facilities such as bedroom and kitchen, but this is now known as a House Of Multiple Occupation. In the first property, one council tax bill is due. In the HMO, this property now has five separate council tax bills being applied to it. In all but name, this is a poll tax by the back door. Or perhaps that should be by the bedroom door.

Are the five unrelated people using more council tax services than the five related people? Does the HMO incur five times more cost to the local services than an identical house two doors away with five adults living together there as ‘one household’?

Whilst we might accept that an HMO is a different type of residential property from a family home, it doesn’t make sense that five times the amount of tax is due on that property, simply because the adults are not one household. This matter affects HMOs which house working people as they are liable (although of course traditionally it has been the HMO landlord who has footed the council tax bill, and it is still not clear whether passing the tax to tenants is acceptable). Students are exempt from council tax, as are unemployed people.

As landlord-investors we tend to work individually. We are ‘self-employed’ or directors of our own limited company. We are not in a union. We have no-one who represents us on all fronts. We rarely stick together to fight for what we believe in. Even the ’Ditch the Tenant Tax’ campaign (to abolish Section 24) fell on deaf ears. The NRLA who are an excellent source of information are not the lobby group we need to address the volume of unjust policies which are catapulted towards us from the government on a regular basis.

The policy to re-band HMO rooms individually for Council Tax, is, I believe yet another attack on landlords which increase taxation. There is little redress when such a decision is taken, except via an appeal which is heavily weighted in favour of the appellant – the VOA licensing officer. Therefore my passion to see this unjust practice needs your voice to succeed too. As a group of landlord-investors, we need to educate ourselves about the law so that we are taken seriously and can fight the issues if and when they arise in our own portfolio.

What are the factors that the VOA takes into consideration?

When assessing whether to re-band your HMO rooms for Council Tax, the VOA takes into account many different factors, which may be weighted differently depending on your particular HMO. Unfortunately I believe that some of the case law and policy which the VOA draws from, has been misinterpreted, as it takes its guidance from Business Rates practice rather than domestic Council Tax application. These are:

Generally the VOA will work down the list to ascertain an understanding of each of these areas before re-banding the room and editing the council tax listing. If you decide to appeal your case, it is likely that one of the words which will appear on a regular basis as a reference to the arguments put forward by the VOA is hereditament.

What is a hereditament and why does it matter?

This is reflected in the 1925 Law of Property Act which states:  “hereditament” means any real property which on an intestacy occurring before the commencement of this Act might have devolved upon an heir”. Whether corporeal (physical property/real estate) or non-corporeal (leasehold, lease, rent) the word here relates to an item that can be inherited.

Would a single room in a house count? A room in a house is neither corporeal nor non-corporeal. It has no separate legal title (and cannot have one applied unless it meets minimum residential housing standards, currently 37m2). it cannot be sold or bought separate to the overriding property within which it is located. There is no long lease or leasehold agreement which could apply due to the Housing Act (1996). This stipulates that An Assured Shorthold Tenancy is the mode of tenancy to be used in residential accommodation. An AST does not count as a non-corporeal hereditament either, as it cannot be passed on to one’s heirs. It ends on death. Therefore, according to general definition (common law definition) and general property law, an HMO room does not constitute a hereditament.

With regard to Council Tax, hereditament is defined in section 64 (1) of the Local Government Finance Act 1988 Act as …anything which, by virtue of the definition of hereditament in section 115(1) of the 1967 Act, would have been a hereditament for the purposes of that Act had this Act not been passed.

In other words it is a dwelling to which rates can be applied.

According to the Local Government Finance Act therefore, a hereditament is something which can be on the valuation list, and may be liable to a rate. However, this is a rather tautologous definition. If we take the common law definition, with regards to property law, it is clear that hereditament relates to inheritance, NOT just rateability (otherwise rent, leases and leasehold would be liable for rates too  – as they are also hereditaments but non corporeal hereditaments).

The Valuation Office guidance about the definition of a hereditament (which is crucial to this argument) references a judgment – Woolway (Appellant) v Mazars (Respondent) 2015. In this case, there was a detailed debate about the definition of hereditament. It concluded that there were a number of tests to apply as to whether a single property should or could have separate units singularly classed as hereditaments. One of the conclusions drawn was that the test should be based on a geographical test (i.e. the physical layout of the property); whether the individual units were indeed independent or were they contiguous upon one another; and were the units separately lettable from one another.

After reading this what should I do?

Well, firstly you probably need to lie down in a darkened room! Then you need to join the Facebook group who together are educating ourselves about this issue and how best to address it on a case by case basis.

If you find out that your HMO rooms are facing a re-band individually for Council Tax please get in touch. I am currently supporting a handful of landlord-investors appeal the decision and will happily assess your case and offer support if I feel that I can help.

The biggest piece of advice is to make your voice heard, educate yourself and speak up.

This practice of the VOAs is effectively issuing a poll tax on HMO rooms – and I thought that was the very thing that Council Tax was supposed to address?

Wendy Whittaker-Large is a prolific property investor who specialises in HMOs. She is an award-winning business owner and mentor and she presents the HMO Success Podcast. She has written two best-selling Amazon books on HMOs and helps others to create profitable HMO portfolios. 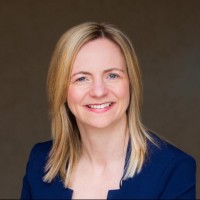 Previous Post
How do I maximise my profit in an HMO?
Next Post
What Is Article 4? (7 Tips to buying an HMO in an Article 4 Area) – GUEST BLOG